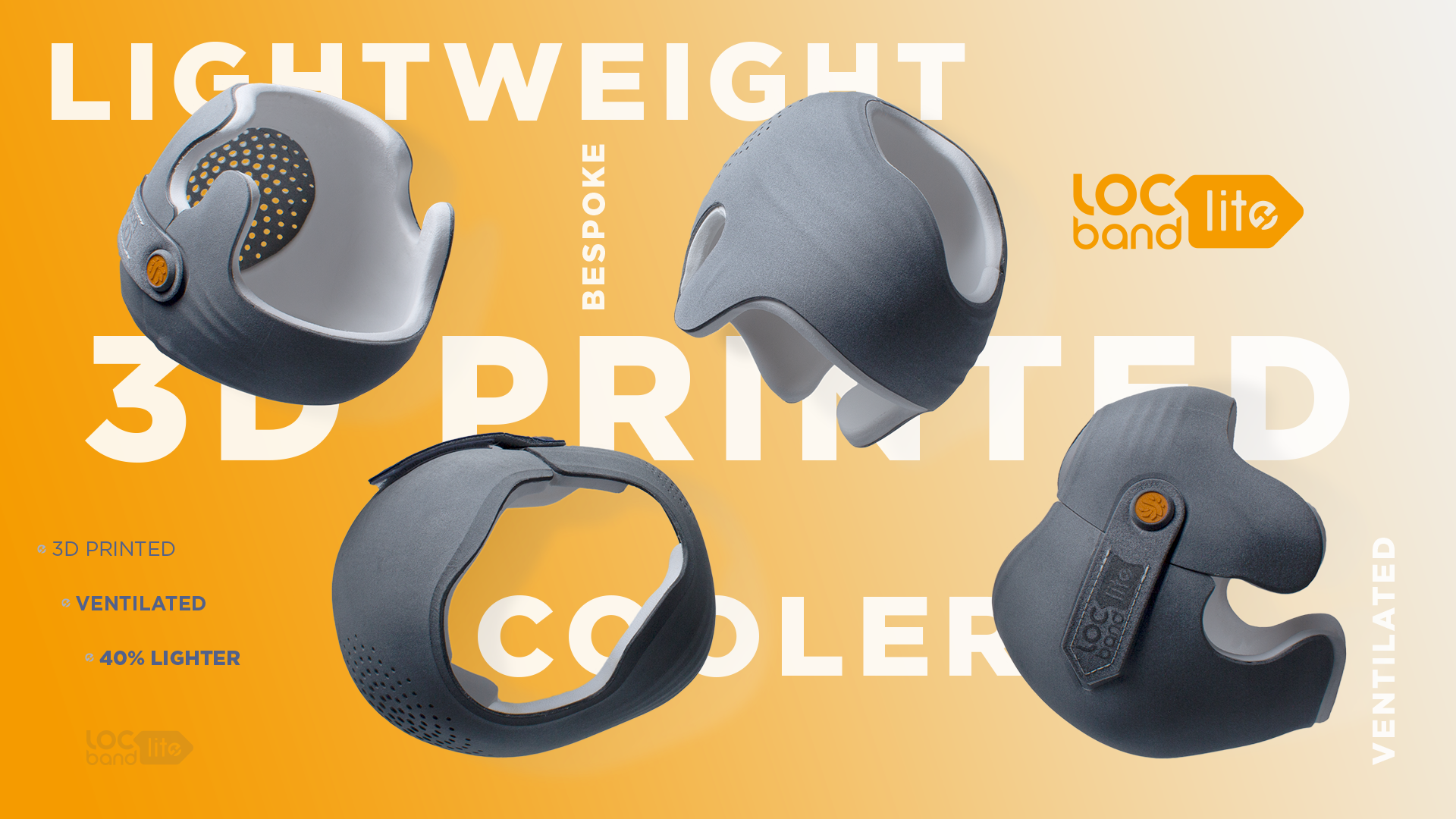 In 2021, LOC launched the LOCband Lite after extensive trials. Based on our original LOCband, LOCband Lite is a custom-designed, 3D printed helmet that is on average 40% lighter and offers superior ventilation. It also uses less plastic than its predecessor.

We are now starting to see patients complete their LOCband Lite treatment. One of these is little Tommy, now aged 15 months. Mum Kelly started to notice issues with Tommy’s head shape at just two months old. “When Tommy was born, his head shape was absolutely fine,” she says. But then, when he was two months old, I noticed that on the left-hand side his head looked a bit flat. I consulted our GP, who advised us to reduce time spent lying on that side and see if it resolved itself. So, we encouraged lots of tummy time and repositioning, moving his sleeping position regularly and making sure he wasn’t lying down too often. But the flatness did not improve. I had this constant niggle in the back of my mind that it wasn’t going to correct itself, so I started to look at other possible solutions.”

Kelly contacted LOC, having discovered them online and also seen an Instagram post from reality star Chloe Lewis, whose baby was also treated for plagiocephaly at LOC. “At the same time, the GP noticed signs that Tommy’s fontanelle may have fused early, so we were referred to a paediatrician. As it turns out, his fontanelle was fine, but I mentioned possible helmet treatment to the paediatrician. He agreed we had nothing to lose. That, and the knowledge that his fontanelle was fine, encouraged me to go back to LOC and have Tommy treated.”

Who did Tommy see at LOC?

Tommy was seen by Saeed Hamid (LOC orthotist) at LOC’s Bristol clinic. As soon as she spoke to Saeed, Kelly felt reassured that LOCband Lite was the right way to go. “As a first-time mum, it’s always hard to know whether you are noticing a real problem or just worrying over nothing. Saeed was able to show me definitive measurements that demonstrated that Tommy’s plagiocephaly was very real – and highlighted the extent of the issue. I felt very reassured. I also appreciated the fact that there was no attempt to sell me anything. Saeed simply gave us the information, explained how helmet therapy works, and then allowed us to make our decision as parents without any pressure at all.” 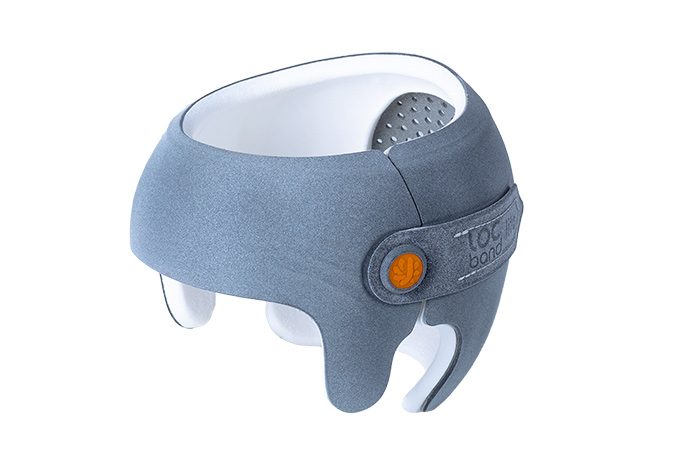 How did Tommy get on with the cranial helmet?

Tommy’s LOCband Lite helmet was first fitted in April 2021. “He got on really well with it from the start,” Kelly says. “It didn’t seem to bother him at all. It is designed to be breathable and very light and comfortable. He even slept in it quite happily. We started the treatment quite late – Tommy was eight months old by then - so the window was closing fast before the plates of his skull would harden. But we were delighted that you could see a noticeable difference within the first four weeks. Tommy had also developed flatness across the back of his head which, when we started treatment, measured around 98%. Now, that’s down to 87%. His plagiocephaly, which was measuring eight millimetres, is down to just three millimetres. We are delighted with the results. Saeed has shown us the measurements, but even just by looking at him, you notice the difference. I was very conscious of how having a flat head shape might affect him when he was older. For instance, what if he wanted to buzzcut his hair? His head shape would have looked very unusual. It may not seem that important, but you want to raise your children to feel confident, and in the society that we live in today there’s no denying that looks are a part of that.”

Having seen the results LOCband Lite can achieve, Kelly says that she would encourage any parent with similar concerns about their baby’s head shape to book a free consultation. “Naturally, prior to fitting the helmet, we were nervous about how Tommy might react to wearing it. But he was fine, he took it all in his stride. There were a few red spots in the initial days, but they disappeared very quickly. I feel like we have done the absolute best we can for him, and that's all any parent can hope for. I would 100% recommend both the London Orthotic Consultancy and LOCband Lite. The initial consultation is so helpful to give you the information you need to make the decision. I would also say, if you have concerns, act as quickly as you can. We were lucky in Tommy’s case, but LOC does advise that the best plagiocephaly treatment results are usually between the ages of four to seven months, because the head is more malleable. I have read other customer reviews of LOC that corroborated my own experience. They don’t try to pressure you. They simply give you the facts and let you make your own decision. I was also reassured by the fact that they work with the likes of Great Ormond Street Hospital. From the start, it was clear that Saeed genuinely wanted to help us, and that he and his team would support us along the journey. Ultimately, we are so pleased that we have been able to address Tommy’s head shape and avoid a potential issue for him as he grows up.”

Are you worried about your baby’s head shape? You can get more information on positional plagiocephaly here. If you would like to book a free consultation with a LOC orthotist, just contact LOC. Or, you can use our confidential free photo diagnosis for plagiocephaly or brachycephaly to get a fast, expert opinion from an orthotist by email.