We are now offering a same-day scoliosis service

A normal spine will have a gentle ‘S’ shape when seen from the side. Naturally, the neck will arch forwards slightly and the lower back (lumbar part of the spine) does the same, also known as lordosis. The thoracic part of the spine (between the shoulder blades) has a slight outward curve, and this is known as kyphosis. A normal back has a 20° to 45° curvature in the upper part of the back, yet anything above 45° is called kyphosis. Kyphosis can cause pain if excessive or if in the wrong place such as the lower back.

Kyphosis refers to excessive curvature of the spine usually present between the shoulder blades, where it curves further backwards than it should. This can cause a person to become more round-shouldered, unable to stand up straight and can cause pain. Kyphosis is broadly characterised as either postural; i.e. caused by poor posture, or structural; caused by a bone, disc, nerve, ligament or muscle abnormality.

For adults, it can be caused by the degeneration of discs and joints of the spine, or as a result of secondary conditions like osteoporosis and Parkinson’s disease. In children, it can be a result of spina bifida. Diagnosis is based on a physical exam. 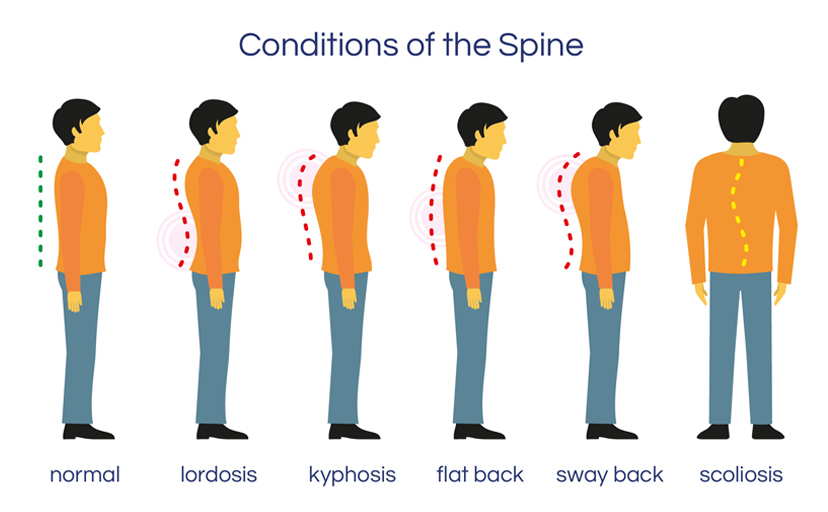 In young children and adolescents with kyphosis, the most common form is Scheurmann's disorder, sometimes called Scheurmann's disease, characterised when growth spurts occur and the rectangular-shaped vertebrae become compressed and wedged into triangles. With Scheuermann’s, the thoracic curve will typically be between 45° and 75°.

Scheuermann’s is a hyper kyphosis, a more serious deformity than postural kyphosis as the bones have already wedged and deformed. Symptoms can develop between the ages of 10 and 15. Patients with the condition may have a visual ‘hunchback’ and can experience lower or mid-level back pain or neck pain.

Bracing can provide pain relief for those suffering from kyphosis by adjusting the position of the shoulders and pelvis. In the growing patient, we can prevent worsening of the deformity and quickly improve appearance. A bespoke physiotherapy treatment programme, based upon pattern-curve specific Schroth principles, can be used to treat postural Kyphosis, Osteoporosis and Scheuermann’s disease. The programme will aim to improve muscle lengths and spinal extensor strength while reducing postural pain. 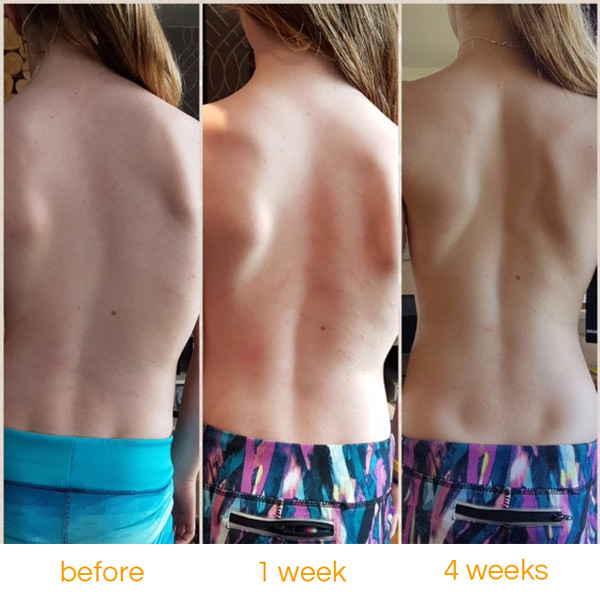 LOC’s Scoliosis Team at SOSORT annual conference in May

Michael has achieved great results for his Pectus Excavatum with our vacuum bell treatment in combination with a specific exercise programme.