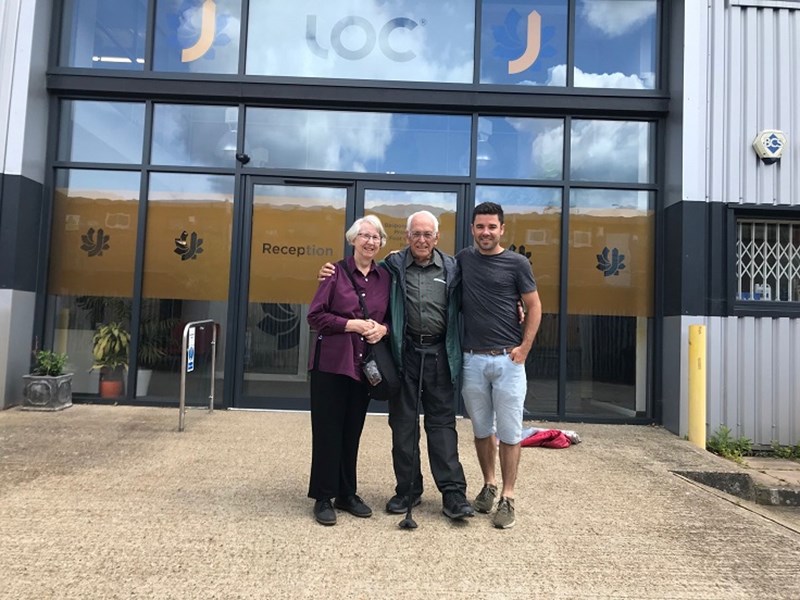 When John Beacom and his wife, Janet, embarked on a trip of a lifetime around the UK, little did they know that it would nearly end in disaster. As a child, John had contracted Poliomyelitis, better known as polio, an infectious disease that can cause flaccid paralysis if the virus enters the central nervous system. As a result, John now suffers from post-polio syndrome, which causes muscle weakness in his left leg, for which he has to wear a Knee Ankle Foot Orthoses or KAFO. The KAFO provides stability in stance and aids walking to improve energy efficiency and reduce pain. It is also designed to protect joints from abnormal forces.

But, on the second day of their vacation, John noticed a crack in the plastic where the soleplate of his KAFO attached to the calf portion of the orthotic brace. If that crack became a break, the device would be rendered useless and the couple faced the very real possibility of having to return home before they had even started their much-anticipated trip. Desperate to avoid this, they began looking for a way to have John’s KAFO repaired. Luckily, an internet search resulted in them finding LOC, and they were soon making their way by taxi to our Kingston clinic, where they met with clinician Sam Walmsley.

Taking John’s KAFO to the workshop, Sam was able to fix it by attaching a metal strap to secure the plastic but conceded that it would only be a temporary solution. He suggested building John a new brace that would actually work better than his original orthotic. “My left knee hyperextends,” says John, “and Sam felt he could improve that condition with a different design of brace and also improve my gait with some other adjustments.”

With his brace now in working order and the promise that his new, technically superior device would be ready for collection a week later, John and Janet were able to continue with their holiday plans. Meanwhile, LOC constructed a custom-made lightweight KAFO with automatic locking and unlocking at the knee that allows for a more natural gait, while ensuring that leg muscles are also still being used. He also insisted that John contact him should he have any more problems before the new brace was ready.

As fate would have it, only the next day, the metal strap began to split, but Sam came to the rescue yet again, meeting the couple during their travels to create a more durable fix. A week later, they returned to LOC to have John’s new brace fitted and assessed in the gait lab. One further final check was carried out before the couple returned home when John admits “the brace was such a success that I had used it solely after receiving it." 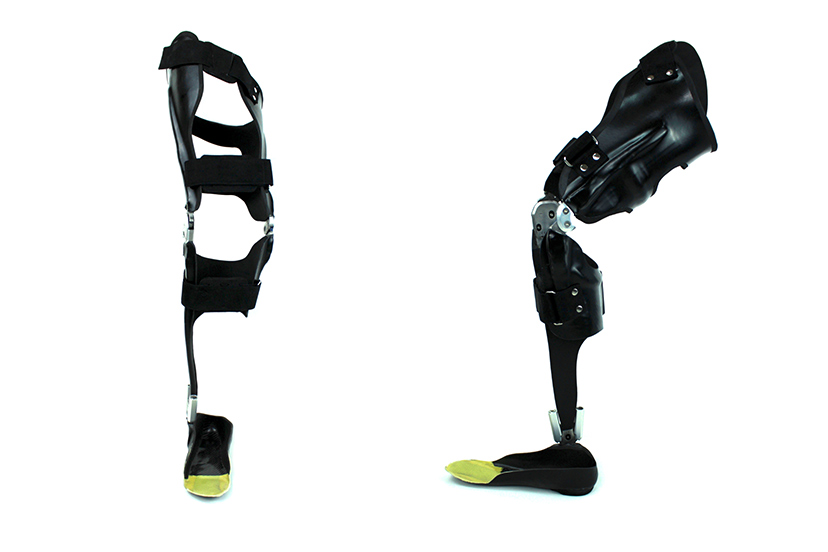 Looking back on the whole episode, John feels fortunate to have found a facility that creates devices in-house and in direct communication with the client, something that is a rarity back home, he says. “I am most thankful to Sam and his colleagues for their dedication to my case, and their prompt assistance, that changed a potential disaster into a great tourist visit,” he concludes.

If you are suffering from muscle weakness and decreased mobility caused by post-polio syndrome and are interested in seeking treatment, please contact LOC for a consultation. As well as KAFOs, we fit bespoke Ankle Foot Orthoses or AFOs, which support weak limbs. They can also be used to immobilise the ankle and lower leg to correct foot drop.

Each orthotic is designed and manufactured based specifically on the individual’s requirements, following a detailed assessment and casting. Our braces can also be made in lighter-weight materials, such as titanium and carbon fibre. In comparison to traditional callipers, these modern orthoses are about a third of the weight, reducing strain on the patient and increasing mobility. We have found the resulting reduction in weight a huge benefit to our PPS patients.

John tests out his new KAFO at LOC's Kingston clinic.