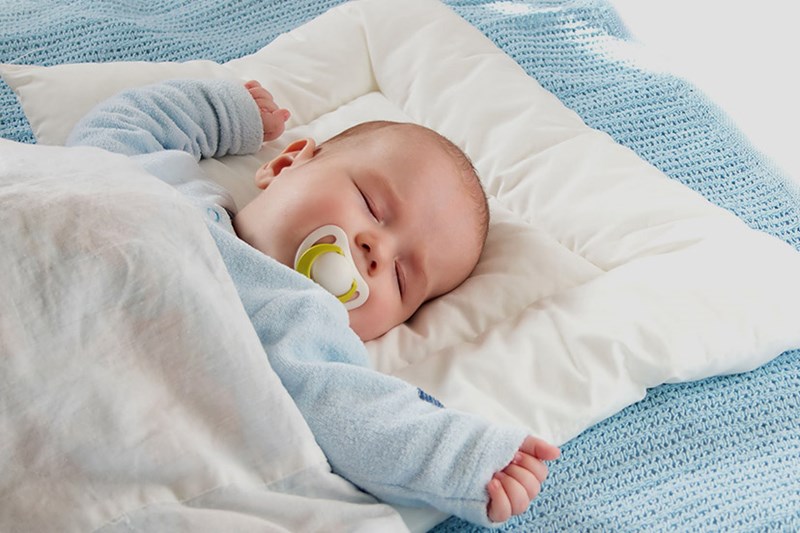 It’s normal for parents to become anxious if they notice their baby’s head developing flat spots and becoming misshapen. The most common cause is flat head syndrome, or positional plagiocephaly, where a baby’s head changes shape due to pressure applied to the skull (which can be caused by anything from childbirth to their sleeping position or prolonged time spent in car seats) whilst the skull is still malleable. 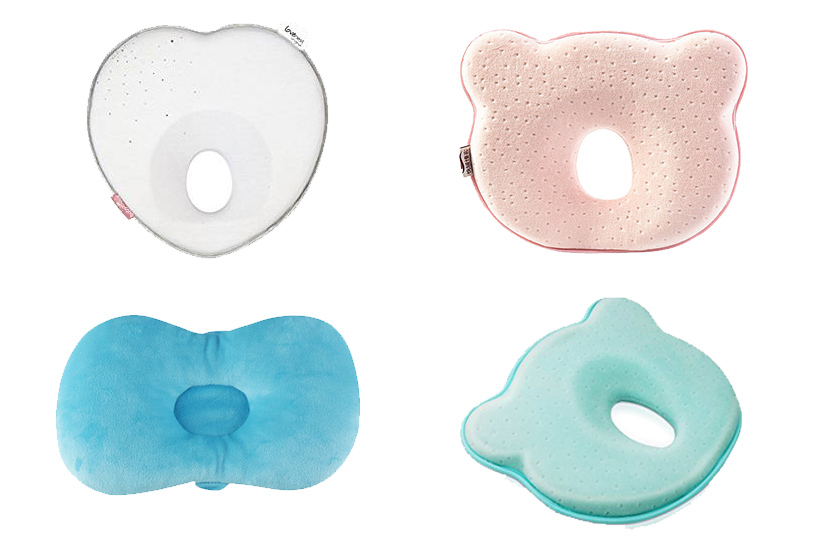 As a result of this, many companies have been quick to market ‘special’ pillows which are said to prevent the occurrence of flat head syndrome. They can be bought for less than £10.00 online in a variety of shapes, sizes and colours, but do they actually work? And more importantly – are they safe? The answer to both questions is no.

What are the risks factors for Sudden Infant Death Syndrome?

Firstly, it has been well documented that the incidence of flat head syndrome has increased exponentially since the “Back to Sleep” campaign of the 1990s where parents were first encouraged to put their babies to sleep on their backs (supine position) with no toys or blankets in the crib in order to prevent Sudden Infant Death Syndrome (SIDS). The campaign was successful in raising awareness and reduced the number of cot deaths from 1,545 in 1989 to current figures which are roughly 200 a year.

Babies sleeping in the same position means they are more likely to develop flat head syndrome. The guidance remains that babies should be put to sleep on their backs without any objects around, to prevent the risk of cot death. Objects such as pillows should not be used as a baby’s face could potentially be smothered by the object increasing the risk of SIDS. 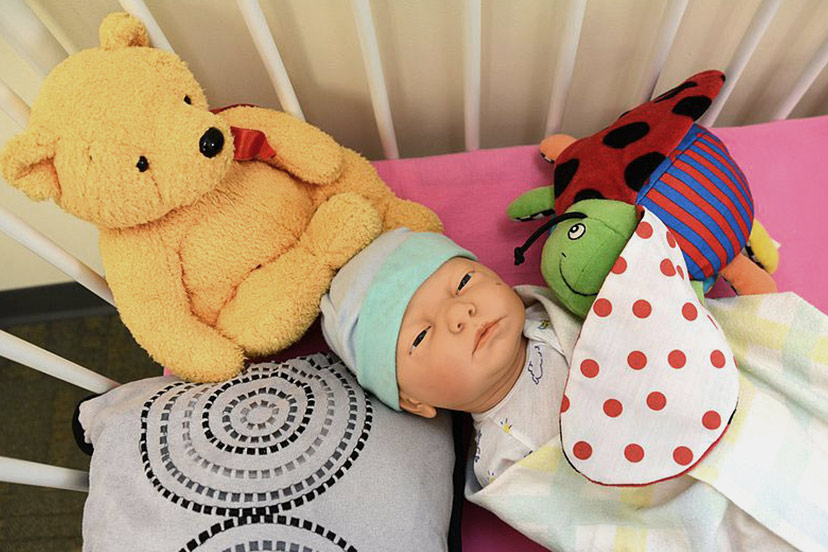 Pillows and positioners: which products carry a risk of SIDS?

The most common form of sleep positioners includes pillows or supports called ‘bolsters’ which often feature a matt with a foam wedge to cushion a baby’s head.  Other products called anti-roll mats or nests can cause suffocation. Warnings against using them have been repeatedly echoed by the US Food and Drug Administration (FDA) who issued a fresh warning in 2010 after discovering that these products have a risk of suffocation. In 2010, the FDA explicitly asked manufacturers to stop marketing anti-plagiocephaly products, as no scientific evidence has been found to support medical claims that they prevent or stop flat head syndrome.

UK charities like the Lullaby Trust, which raise awareness about SIDs firmly stick to the line that the use of bed linen, such as quilts, pillows and duvets, is associated with an increased risk of SIDS in the UK*. NHS guidelines specifically advise that in order to reduce the risk of SIDs, your baby’s head should be uncovered and that blankets are tucked in no higher than their shoulders.

So – what should you do as a parent? The most important thing is to follow the advice of the Back to Sleep campaign. That said, no parent wants their child’s head to become misshaped either, so what can you do?

Luckily, there are a few things parents can do to reduce the chance of flat head syndrome occurring. Try to abide by Tummy Time and repositioning advice –where your baby is encouraged to play on their stomach, as this isn’t putting pressure on any part of their head, allowing it to grow normally. This also helps to strengthen their neck and trunk muscles as they progress towards pushing up and crawling. 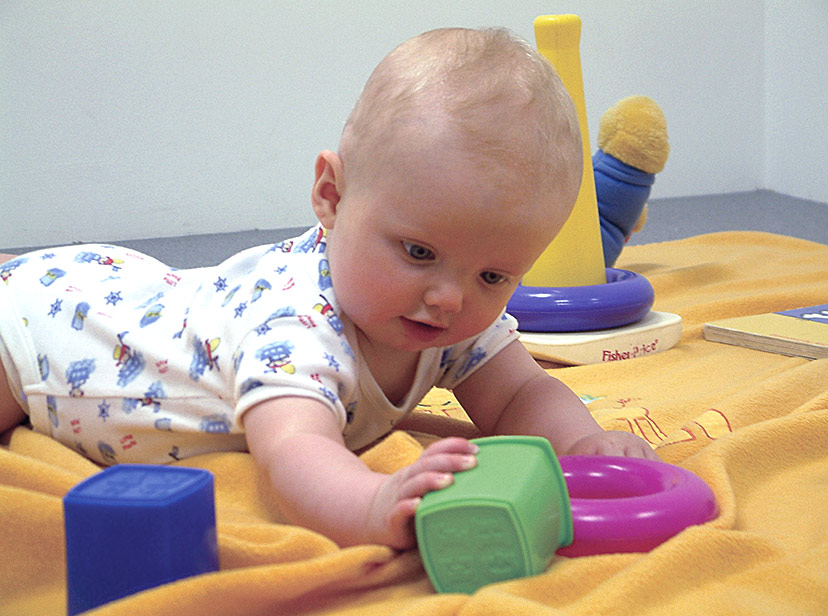 Above: Tummy Time is a great way to get your baby to naturally use their neck muscles

Another thing to remember is that flat head syndrome is more easily treated the younger a baby is; ideally between the age of four and seven months. That means that if you notice misshaping beginning to occur, bring your child to a clinic such as LOC as soon as possible. The older a baby gets, the less malleable their skull becomes, making correction of the asymmetry more difficult.

At LOC, we treat the condition with our bespoke LOCBand helmets. These are comfortable, bespoke orthoses for babies and are made individually for each child. The LOCBand is produced after taking measurements of a baby’s head and is then fitted. It allows the flatter areas to grow and the more protruding areas are kept from misshaping further so with time, the shape is corrected.

According to a 2015 study published in the Journal of the American Society of Plastic Surgeons, 94.4% of babies who received helmet therapy achieved a complete correction. Typically, the process takes between three and six months and can be carried out, generally with successful results up to the age of 16 months. There have been exceptional cases where a baby’s fontanelles have not fused by the age of 18 months, where we have achieved successful, but less-marked results with cranial remoulding therapy.

Remember, the safest crib is a bare crib, avoid products that profess to reduce the risk of flat head syndrome and always put your little one on their back to sleep.