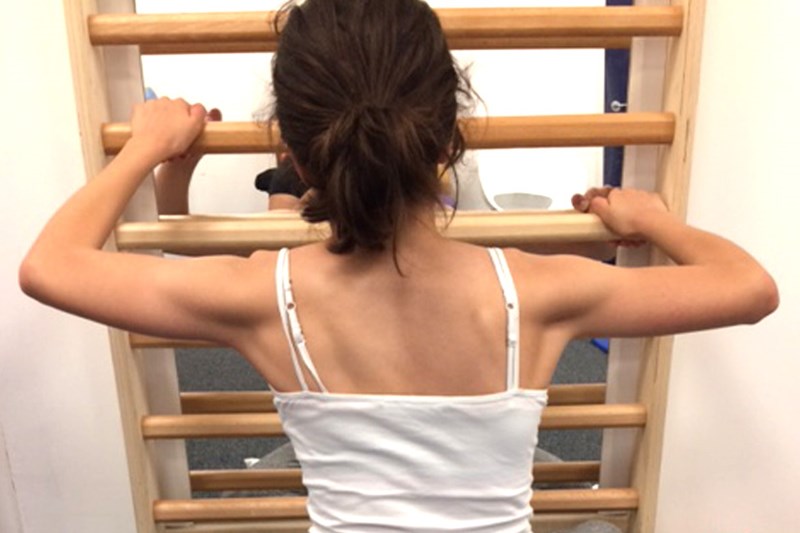 We talk to the father of one of our scoliosis patients Ricarda, a thirteen-year-old horse rider and regional kickboxer, about her experience with adolescent idiopathic scoliosis and treatment with the Cheneau-Gensingen brace. 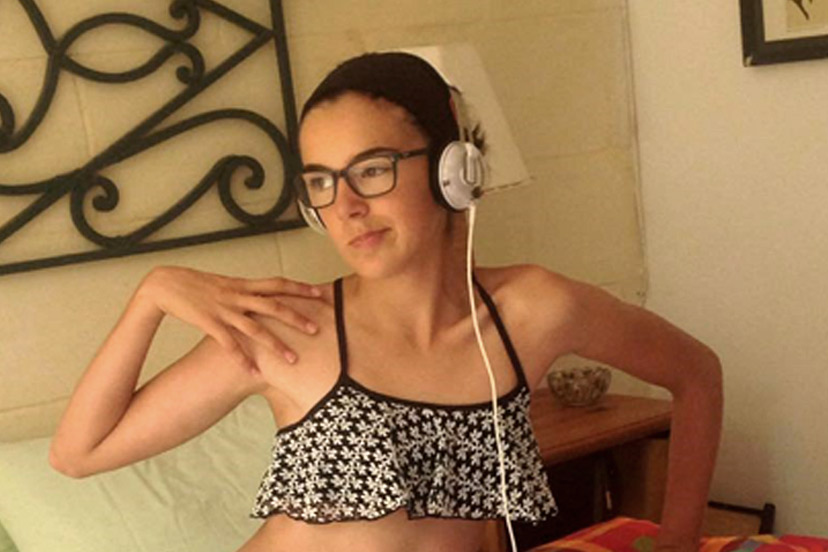 After several trips to physiotherapists, a nutritionist, and a chiropractor, Ricarda was still complaining about pain in her neck, “we eventually took her to a specialist, and her face changed when she felt Ricarda’s back, and she said ‘basically there’s a big problem here’” her father, Tristan, recalls. A trip to the hospital later, and X-Rays revealed the severity of Ricarda’s scoliosis; “she had a 30° Cobb angle and three twists, it was quite shocking. I shut down, and just wanted to know what I could do to help this. I didn’t know where to go to.”

Not knowing where to start, father Tristan talked to several different specialists but explains that it was hard to find information about the condition and where it is treated in the UK non-surgically, saying “in the end, we got in contact with [LOC] who introduced us to and talked to us about the Schroth technique and the brace.”

Developed in Germany, Schroth treatment, looks at every individual patient’s curve pattern and provides postural overcorrection through bracing, as well as specific exercise regimes to de-flex and de-rotate the body’s trunk in order to return the spine to a more normal physiological position. The alternative for moderate to severe cases of scoliosis is spinal fusion surgery, a major procedure which involves realigning and fusing the curved vertebrae to improve the shape of the spine. Typically, fusion surgery can last between 4 to 8 hours and carries the risk of complications of nerve damage. The recovery period can be long and returning to sports can take months.

“I have a mum and two sisters that are German, so anything associated with Germany for me, is psychologically reassuring” says Tristan “and after meeting [LOC], just with their demeanour and manner, they seemed so dedicated to their purpose. They seemed so focused on the kid and doing everything they could to help. After all the complexities and terminology, the main factor was that the brace had a window of opportunity, while Ricarda was young and growing, and obviously, when that finished, a brace would only be able to maintain her spine shape, but not correct it.” 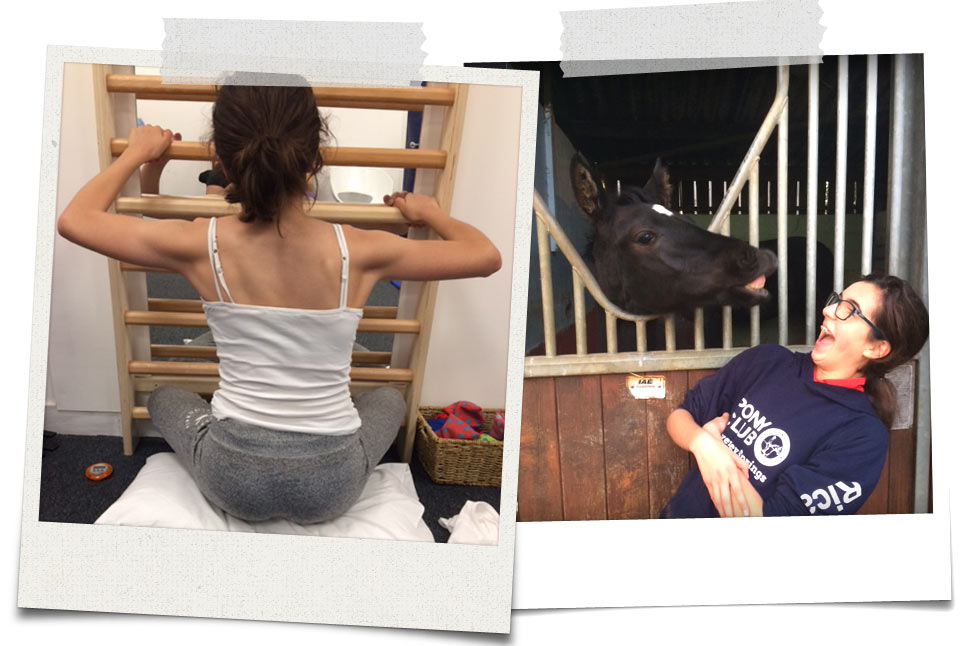 For adolescent idiopathic scoliosis, bracing treatment depends on the severity of the curve and the flexibility and age of the patient. The Cheneau-Gensingen brace is a bespoke orthotic that improves the shape of the curve whilst the spine is flexible and will continue to do so until the patient is skeletally mature. “Knowing that Ricarda still had a lot of growth, as she was twelve at the time – I couldn’t risk missing that opportunity,” says Tristan.

“You trust your heart, and the knowledge that you prepare yourself with, and whichever one is making you feel right is the one you go with. [LOC] said that primarily the brace would help while Ricarda was growing, and there was no way that I could dismiss that. Straight away, then and there I paid the money and got the brace for Ricarda.” The Cheneau-Gensingen brace, unlike the Boston brace, has pockets of space built within it, leaving room for the curved spine to move and for the patient to breathe into. Results can be noticed as early as 2 - 4 weeks.

Asked how Ricarda found her experience with LOC, he replies “she likes it there, she loves the people and felt really comfortable, everything was really relaxed and nice. She worked really hard during training! That encouraged Ricarda to show the other children ‘look, you need to wear your brace because that’s the only way it’s going to help you.’ She took on that mature role, and she only turned thirteen in April.”

Of course, Ricarda’s journey has not been without its difficulties; “when she initially put the brace on, she had a breakdown outside. I knew it was going to be tough on her, so I planned a day in Kingston afterwards to eat, and she painted some Warcraft models to distract her, but I knew she was self-conscious.”

“We went through all the discussions about bullying, and I explained that the brace is at least something that she could take off, i.e. it’s not a physical attribute, whereas maybe the bullies have something that they don’t like about them which they’re unable to take off. So, we tried to make it a bit comical, so yes it was an issue, but we addressed it and so did she.” 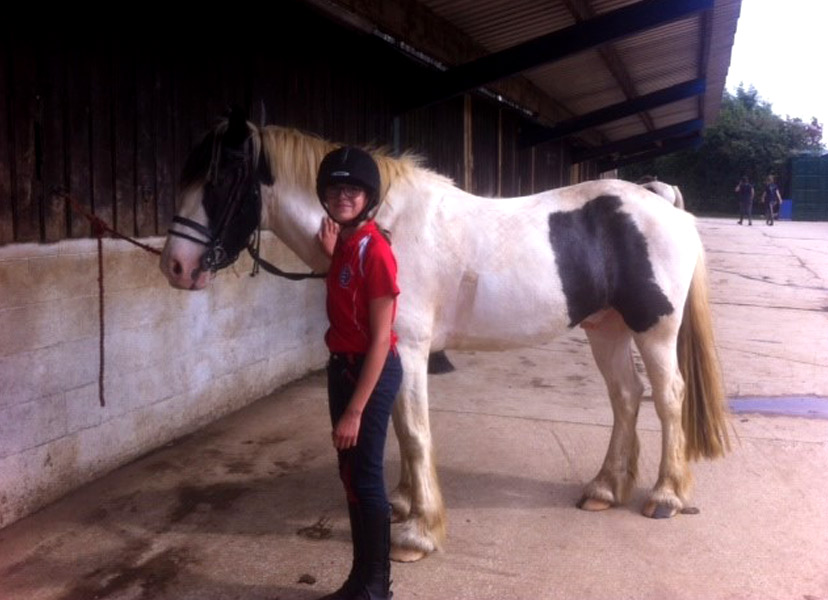 “I kept using positive reinforcement, reminding her that the more she wears it now, the quicker she gets it off. Since then, she’s totally embraced that. That’s her character anyway, and after the first week and having to deal with it at school and the initial discomfort, she was wearing it full time.”

After only six weeks in the brace, X-rays were again taken of Ricarda’s spine and showed a visible reduction in the shape; going from a 30° thoracic curve to 5° in-brace. “Obviously, the results speak for themselves. I would definitely credit LOC, but if I were to give any advice [to parents in a similar position] it would be to contact [LOC].”

See our pages to find out more about bespoke orthotic bracing treatment for scoliosis, and see our clinical research page to see the growing body of evidence to support asymmetric bracing in the treatment of scoliosis. 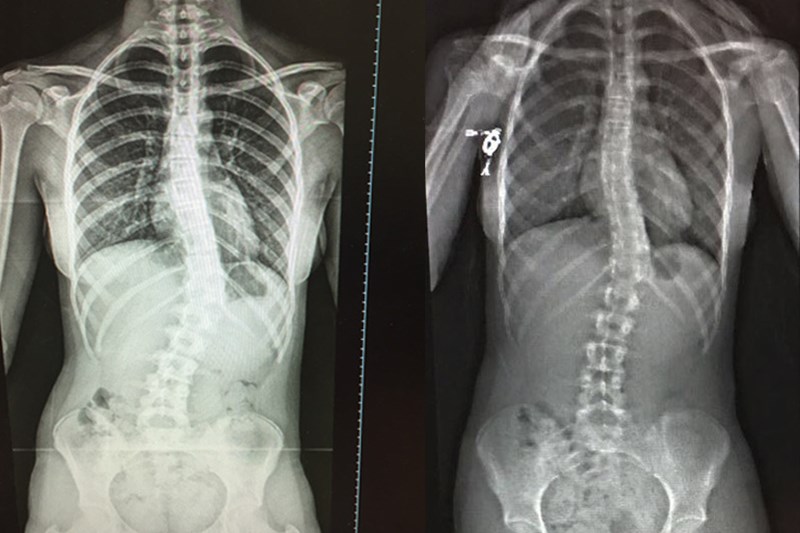 left: before bracing, right: after 6 weeks in the Cheneau-Gensingen brace 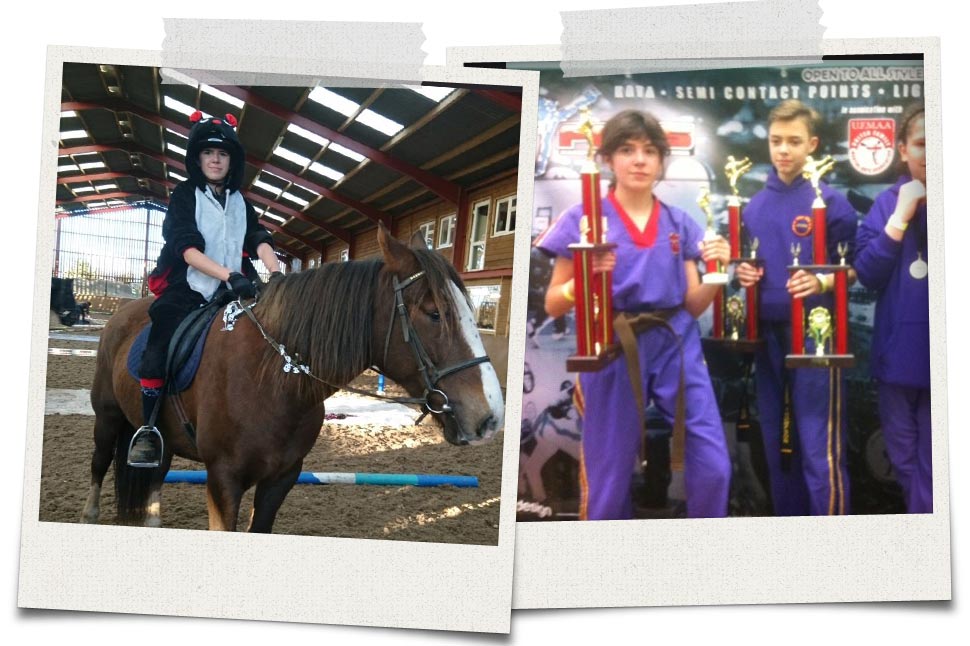