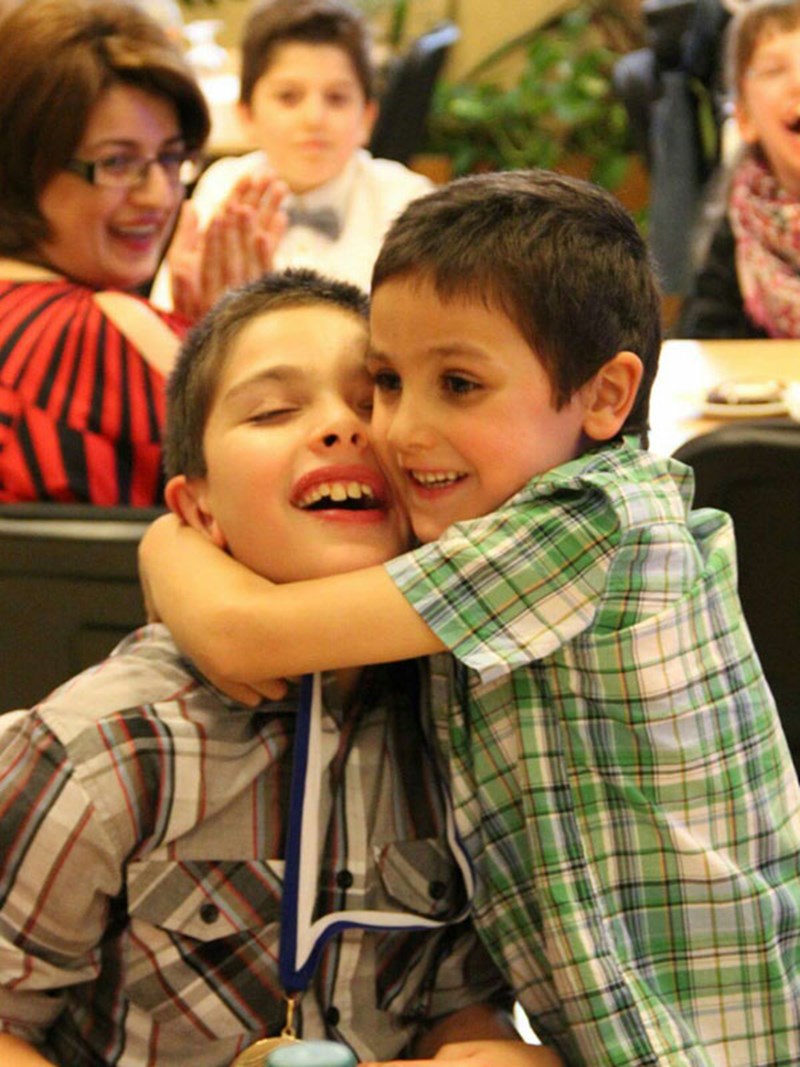 For 10-year-old Aran, the ability to walk independently is becoming reality with the help of the Elaine Owen Clinic, which is run at our Gait Laboratory in Kingston upon Thames.

Aran has diplegia cerebral palsy, which manifests itself in tense muscles and spasms. The leg muscles are particularly susceptible and, over time, joints stiffen, reducing range of motion. Nerve fibres that run from the muscles back to the spinal cord play an integral role in this stiffness.

In 2011, Aran and his parents travelled to America to undergo a type of surgery called selective dorsal rhizotomy (SDR). The operation works by dividing these nerve fibres, which helps to reduce stiffness and spasticity. US advice after such surgery tends to recommend that children are put into regular shoes (plus insoles) as quickly as possible.

Despite the early, tentative success, Aran also experienced some setbacks, including a diagnosis of scoliosis, which required further orthotic treatment. “We were encouraged to get Aran out of orthotics and into shoes,” says his Mum, Kurda. “But, his ankle kept collapsing and we were getting nowhere.”

LOC’s Sam Walmsley says this is a common experience. “A lot of people come back from the States under the impression that their child may never have to wear orthotics ever again. But, in our experience of treating patients after SDR surgery, that expectation can be unrealistic and lead to disappointment. So, it’s better to reframe the goal – let’s reduce the spasticity and help the child become as independent as possible, even if it means the continued use of orthotics. That’s a far more holistic aim: it takes into account the individual child’s circumstances and adapts the treatment to help them reach their personal potential. For us, orthotics and physiotherapy play a very important part in a child’s rehabilitation.”

With that in mind, Sam referred Aran to internationally renowned physiotherapist Elaine Owen MBE. Elaine has spent her career in the NHS working with children with movement disorders, and for the past 20 years has used a gait laboratory to analyse children’s walking, optimise orthosis designs and set physiotherapy programmes. She has developed a comprehensive method of assessment, prescription and fine-tuning of lower limb orthoses, challenging conventional wisdom with evidence-based science and rewriting the textbooks. Her methods are now the gold standard for designing, aligning and fine-tuning lower limb orthoses. 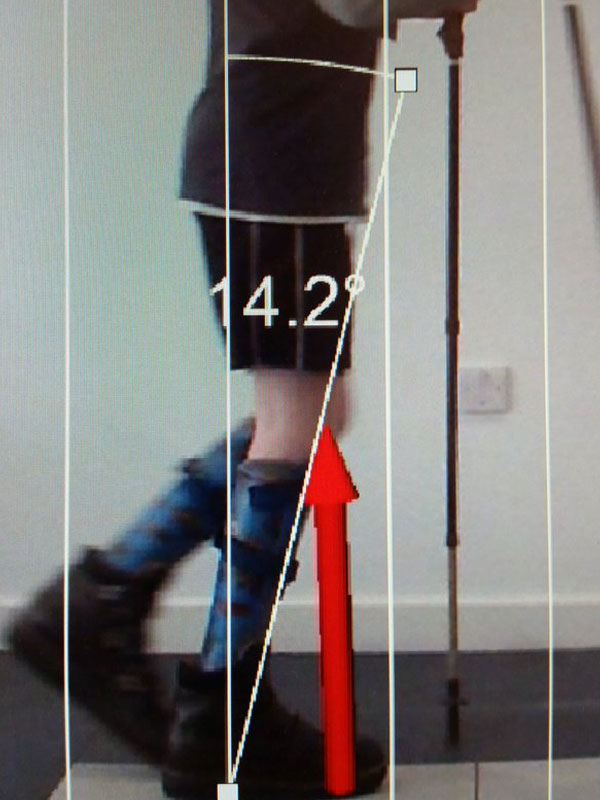 LOC's Gait Lab technology illustrating how clinicians observe the pressures and forces involved during a walking exercise. These observations lead directly to the precise creation of bespoke orthotics designed to fit the patient's individual requirements.

Once a month Elaine runs a clinic at LOC, using its high-tech video vector Gait Laboratory. The lab works by using sophisticated cameras that synchronise with a highly sensitive force measurement plate. By measuring the force in three ways, a graphical representation of where pressure is applied through the foot and leg can be projected from the camera. This, then, helps LOC to fine-tune its orthotics.  Although Aran had received two previous 3D gait assessments on the NHS, this data was not specifically generated to inform orthotic treatment, but rather was designed to collect more general clinical information on Aran’s case. In Kurda’s opinion, it was LOC’s ability to apply the data generated through the Gait Laboratory to fine-tune a bespoke solution for Aran that made the real difference to his post-operative progress.

For Aran, the result was dramatic: the day after he received his new ankle foot orthotic (AFO) he was able to walk unaided for the first time. It was Mother’s Day. “On the first video we made, all you can hear is me crying,” says Kurda. “After 10 years of daily physiotherapy and swimming, not to mention SDR, hamstring and tendon lengthening, we have finally achieved independent walking – it was a mother’s day gift that would take some beating.”

Aran has now managed to walk five metres unaided – that’s the equivalent of five hundred miles for a child who has never experienced such independence. “I think having something that fits so well and feels comfortable gave him the confidence to know that he was not going to fall,” says Kurda. “But he also faces a challenge in getting used to this progress and what it means for him. I think if you have spent all your life having to hold on to something, to then have that taken away must be very strange. He’s got the physical strength, it’s now about the psychological aspect of adapting to his newfound independence and building his progress from there.”

Nonetheless, Kurda is delighted with Aran’s progress and with her experience of working with LOC. “A pair of Aran’s AFOs got split and LOC simply replaced them without charge or questions. It’s that kind of thing that makes a massive difference. My advice to other parents is to talk to someone who has been through it, get the facts for yourself. The impact this has had on my child had been enormous.”

My left knee hyperextends and Sam felt he could improve that condition with a different design of brace and also improve my gait with some other adjustments. The brace was such a success that I used it solely after receiving it. I am most thankful to Sam and his colleagues for their dedication to my case and their prompt assistance, which changed a potential disaster into a great tourist visit.

The orthotics help support my foot. Not only that, they have endured daily use, training for the Marathon des Sables, the race itself and they are still going! I am amazed that they survived the MDS and they are still being used today.