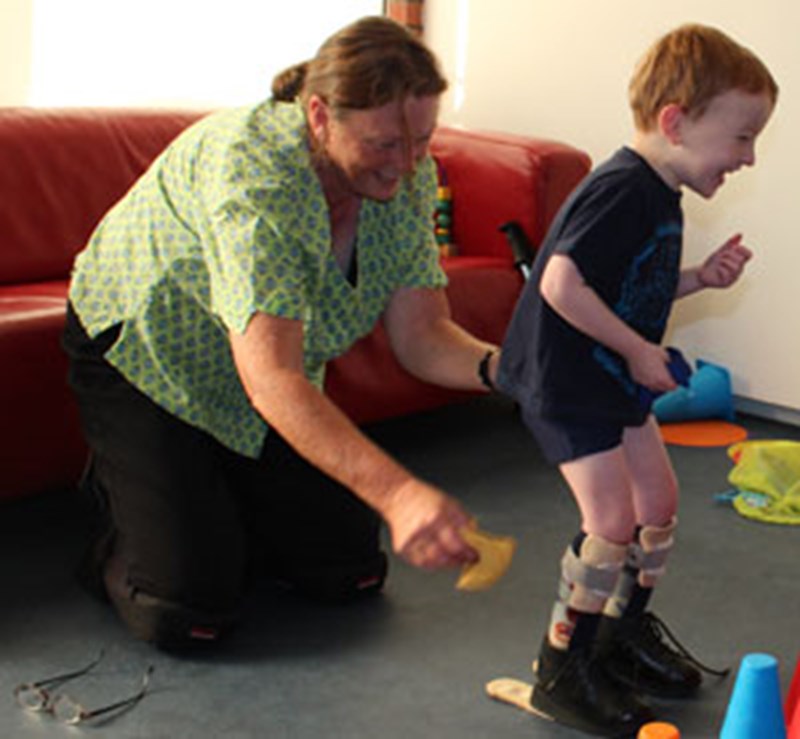 LOC has recently been working on a programme of therapy for a five-year-old patient* who has a diagnosis of cerebral palsy, diplegia. The patient finds walking independently very challenging. However, he is now on the right path with help from the Elaine Owen Clinic at LOC, which is run at our Video Vector Gait Laboratory in Kingston upon Thames.

Cerebral palsy describes a group of disorders of the development of movement and posture.  Specifically, cerebral palsy is caused by a problem in the parts of the brain responsible for controlling muscles. The condition can occur if the brain develops abnormally or is damaged before, during or shortly after birth.

The patient first came to LOC’s attention last year when his Mum received a recommendation via Facebook.

She explains: “My son has worn ankle foot orthosis (AFO) splints since he was two, but unfortunately they have never really fitted properly. We were lucky in that he never suffered any blisters, but the AFOs were leaving red marks and his feet kept flipping out of them. I wouldn’t want to wear the splints myself so I could see that, when they don’t fit properly, it must be difficult for him. I knew we had to try something else.”

The patient and his family live in the Midlands but, following the Facebook recommendation, they decided to make the trip down to LOC’s London clinic, where they met clinician Sam Walmsley and internationally respected physiotherapist Elaine Owen MBE.

“We made the patient a new pair of AFOs,” says Sam, “but after reviewing the prescription on the video vector gait laboratory with Elaine, we realised we needed to get his shoes right, too.”

Parents often have to go in search of standard trainers that will fit over their child’s AFOs. “Mums hate that,” says Mum, “because you have to search around all the shops and make sure you get just the right ones. You have to check things like whether the Velcro is going to fit over the splint, or that the tongues will come down far enough to put the splints in.”

Elaine has spent her career in the NHS working with children with movement disorders and takes a different approach, believing that a child’s shoes – as well the AFOs – must be accurately designed for the best chance of success. The design of the soles of the footwear is particularly important. Her methods are regarded by many to be the gold standard for designing, aligning and tuning lower limb orthoses.

Working together, Elaine and LOC designed a pair of boots that are designed to meet the patient’s needs and work together with his AFOs. The aim is to give the patient greater ability to balance when standing and for him to be able to sway, so that he feels more stable on his feet, and to be able to take steps independently, with a good gait pattern. “We want each child to wear the AFO and shoes as much as we think necessary so they need to be comfortable’ says Sam. ‘It’s also important that we tune the design of the AFO and footwear for each child’s individual needs. This patient’s boots and AFOS have been well designed and aligned and have also been fine-tuned using our Video Vector Gait Laboratory – so we know they perform optimally.” 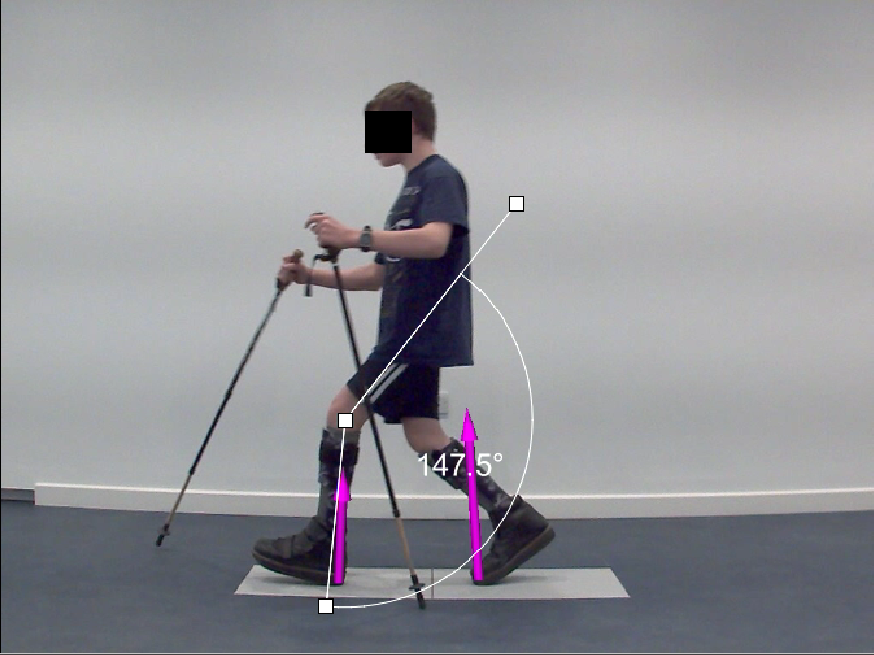 “Our goal is to get him up and walking,” says Mum. “At the moment he uses his walker and can take a few steps. If we can help him to be more independent, then it would mean he’d be able to play with his sister. That would have an enormous impact on our family.”

The patient has progressed well with his new orthoses - thanks to the AFO and footwear design and a lot of hard work from his parents in following the therapy plan that Elaine has tailored to meet his needs.

Early signs are promising and Mum believes that the new combination of AFOs and boots are improving the patient’s balance and boosting his confidence. “Working with LOC and Elaine has been a great experience – they really take the time to look at your child and understand their individual challenges and needs. For parents who are in the same position that we were, I would say do your research – see what clinics are available near you and what the costs are, but my feeling is it’s worth every penny.”

If you are in need of help and advice for your child’s mobility issues, contact LOC to find out how the LOC Clinic with Elaine Owen could help you and your child.

*LOC says: for the purposes of privacy, this patient has been given anonymity in this article.

My left knee hyperextends and Sam felt he could improve that condition with a different design of brace and also improve my gait with some other adjustments. The brace was such a success that I used it solely after receiving it. I am most thankful to Sam and his colleagues for their dedication to my case and their prompt assistance, which changed a potential disaster into a great tourist visit.

The orthotics help support my foot. Not only that, they have endured daily use, training for the Marathon des Sables, the race itself and they are still going! I am amazed that they survived the MDS and they are still being used today.